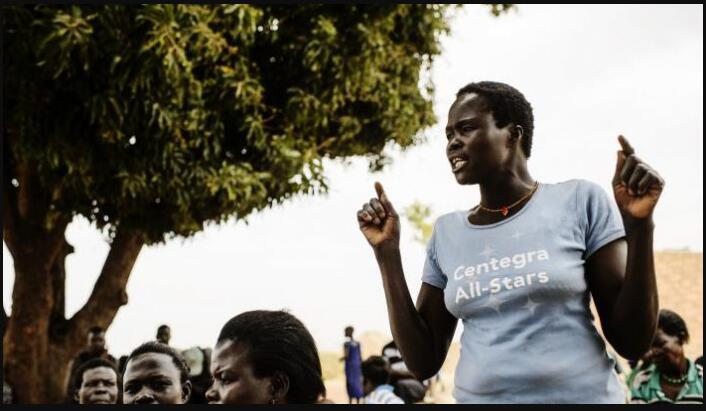 The political regime in Uganda is holding back the opposition with vicious methods. We are trying to create space for democratic participation and we are fighting to put an end to widespread corruption.

Proportion of population below the country’s poverty line: 21.4

Location measured by prosperity and development: 162 out of 189 countries

According to A2zgov, the elections in Uganda in 2016 exposed many of the problems that characterize the East African country of Uganda. The election showed that persecution and hetz against politically active people are unfortunately an indispensable part of the political climate.

An example is the abduction and illegal detention of Norman Tumuhimbise, a leading youth activist from the group ‘Jobless Brotherhood’, which is one of the Partners of International Cooperation’s partners and plays an important role in MS ‘activist collaboration’ Beautiful Rising ‘.

The detention of the young activist is an expression of a problem that is growing in Uganda as well as in several other African countries: the opportunities for civil society to express itself are being curtailed by obscure and violent methods. Uganda’s President Yoweri Museveni has pushed through a number of laws that limit the people’s opportunities to take part in democracy. Organizations must apply for permission to hold meetings or demonstrations, and if they are allowed to do so at all, the police often crack down hard on critics and opposition people.

However, there are bright spots in civil society’s efforts to resist political rule. In 2015, the Uganda National Youth Forum, of which we are a part, succeeded in ensuring that new legislation does not affect existing civic organizations that would otherwise have to re-register.

There are also bright spots in the persistent work to combat the widespread corruption in Uganda. Together with local partners, we monitor whether public funds are being spent on improvements that benefit the whole community. Monitoring groups can, for example, document whether medicines are stolen from public hospitals, which are resold at private clinics. And they keep an eye on the fact that the teachers at the country’s schools actually also show up and work for their pay.

The work gives visible results. People in public office have been arrested several times for abusing their powers.

SETTLE ON THE PAST

In Uganda, we are working both to push for the political structures in the country – but also to push for the norms that prevail all the way out in the remote villages. Inter-People’s Cooperation works in the Amuru district of northern Uganda, which is particularly marked by the civil war that ended in 2005. Here we work with the locals to get a handle on the most basic shortcomings in society. This is especially true of strengthening the role of women so that they can claim their right to, for example, their own land. It can also be support for various forms of income-generating activities, where women learn to refine their products and sell them so that they can create a livelihood.

The nearly 20-year-long civil war has left traces that can still be felt – especially in the north of the country, where the infamous Joseph Kony kidnapped children for his Lord’s Resistance Army. Many younger people today still carry around psychic scars after the brutal war. When the weapons became silent in 2005 and people moved out of the camps, the young people encountered a weekday where jobs and educational opportunities were scarce. Therefore, many young people’s lives end up crumbling in games and alcohol.

Uganda’s youth are the future of the country. Mellemfolkeligt Samvirke therefore works to mobilize and bring together young people. We train and motivate them to stand together so that their demands for improved education and work opportunities are heard.