So now I come to write something. First of all, many thanks to Aline, who always and in an exemplary manner took care of all my questions. I still remember that after a year. I started studying abroad at UCSB pretty early on as I spent a whole year over there. After many reports and research, I came to the decision that I really want to go to Santa Barbara.

Santa Barbara is great. I’ve been to pretty much every big and well-known place in Cali and it wasn’t until I got out of SB that I realized that SB is something very special. It’s pretty cute with its 80,000 inhabitants, but everything around it fits (San Diego, for example, has over a million). The crime rate is (subjectively) very low, you feel safe in the streets (unlike in other cities) and homelessness is limited (since everyone goes down to San Diego because it is warmer there).

TAKE LONG THINGS WITH YOU. My biggest mistake. “Mother, I’m going to California, I don’t need a sweater” – Wrong! The weather is one of the biggest failures in SB. We Germans always associate palm trees and the beach with a certain warmth at the same time. But it’s never really warm but rather mild. As soon as the sun is gone, it gets freezing cold! If you go to the bib in the morning and go home in the evening – which didn’t happen too often;) – it could well be that you are out with chattering teeth. When I go out in Germany with short things in non-summery temperatures, I always reply: “I’m used to, I was in California for a year”, which always causes confusion. The further south the warmer. LA will be completely different again and San Diego will be hot!

I’m going to reveal a secret: Most of the pictures on the beach that are uploaded to facebook are created as follows: run to the beach quickly, take your girlfriend with you, count to 3, take off your sweater, take a picture, put your sweater back on. J

Outstanding! You can say what you want about America, but the people are super friendly and helpful, which is very impressive. If you are in SB with a city map and have no idea where to go – be sure that 5 people will come up to you and ask if they can help you. “I’ll walk with you!” If you can’t find a bed to sleep in, it can happen that a landlady simply calls a friend and you can sleep there for a few nights. People sing while cleaning, do high 5 with the homeless, whether they are garbage collectors / McDonalds employees / copy shop employees, everyone wishes you a good day and is happy with what they have. “Enjoy your visit in the US!”
People smile at you on the street, you are not suspicious if you just talk to someone, everyone talks to everyone in the queue at the cash register. It is rude to NOT talk.
Friends can be found quickly and contacts are made quickly. Germans are popular. “From Germany ?? Wooow that’s awesome! ”I’ll be amazed how many people relate to Germany (grandma / grandpa / German course / study abroad etc). All are very foreigner FRIENDLY.

You shouldn’t make the mistake of transferring the (screwed up) USA system to the people who live in it. That’s all.

Tip: if you wear Abercrombie & Co, you immediately come out as an international student. No Californian / American wears that. Paradoxical but funny. For the Californians that would be “trying too hard” as my roommate says.

Don’t make the mistake of moving in with Germans. Biggest mistake! Make sure that you live with Americans or internationals. After all, you want to get to know the culture, don’t you? So many Germans lived together and in the end said it was their biggest mistake. I lived with 7 Americans and it was great fun. They are also very different from us Germans. Don’t mince your words, just bullshit all day and take you everywhere with you.

There is so much to experience in California. It’s very diverse. Literally the Pacific on one side and the mountains on the other (Americans like to “hike” there).
Party is made a lot. Wednesday (OTT), Thursday (Downtown), Fri / Sat (IV), Sun (bbq that often ends in a feast). I was happy when it was Monday and I had “free” 🙂

I don’t really want to write much about the university itself, you can see that from all the other experience reports: Just this much, the campus and the sports studio are huge. Not comparable to Germany. Check iamaccepted to see more reviews from current students.

Have fun in Cali, I envy you!
It was one of the BEST decisions in my life. The sentence “You are expanding your horizons” sounds a bit worn out and hollow, but it’s really true! You come back and see the world with different eyes, are more helpful, have made a lot of friends, many of whom are traveling through Europe and we can look forward to seeing you again in Germany! 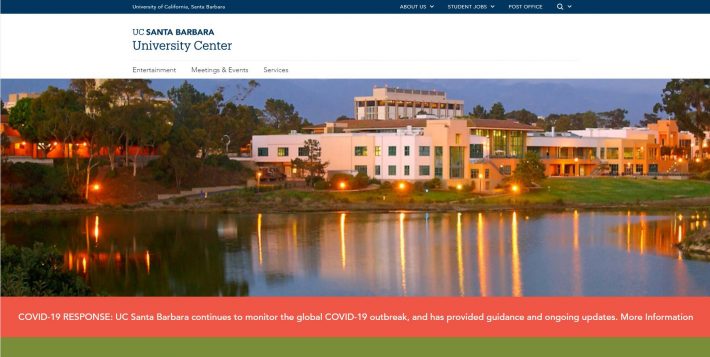