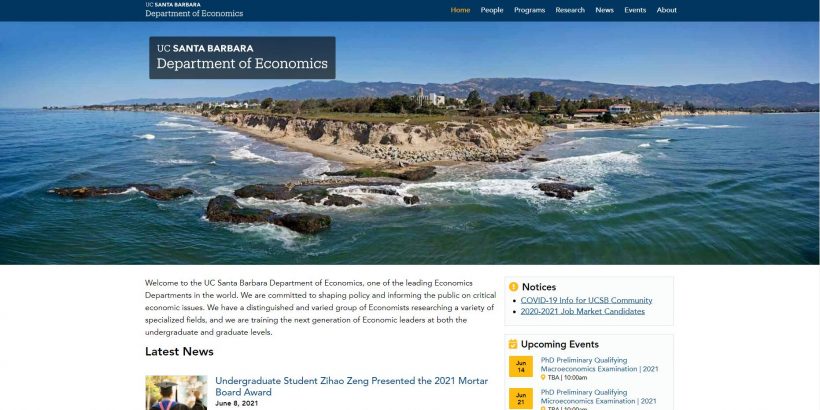 Since my home university in Germany in the USA only offers mediocre universities in unattractive locations, I came to UCSB. The application process was largely straightforward. Simply fill out all the relevant forms in good time, pay the fees and then after a few weeks you will receive approval from the UCSB.

After admission, you register for an appointment at the US embassy / consulate and apply for an F-1 visa.

I flew from Frankfurt to Seattle about 4 weeks beforehand. From there, I drove 3 weeks along the west coast to Santa Barbara with a friend, highly recommended. When I arrived in Santa Barbara, I was able to move into my apartment straight away and immediately got to know the American party culture.

In contrast to many others, I have already organized my accommodation from Germany. I found a regular UCSB student via the UCSB Housing site who went to Italy for the Fall Quarter. That then had several advantages: No deposit, a fully furnished apartment and 3 Americans as roommates who welcomed me very well and the main reason was that the time at UCSB was one of the hottest of my life. The house was in Isla Vista on Del Playa Drive (Party Street, is described in more detail in 90% of the other reviews) and the rent for a double room was an average of $ 700.

The UCSB campus is beautiful, right by the sea and can be easily reached by bike from Isla Vista.

The program started 3 days before the regular university start with an introductory event lasting several hours. Everything relevant to “crashing” the courses, the extension courses and life at UCSB in general is explained there.

I have chosen 3 academic courses with 4 units each, which corresponds to a total of 18 ects at my home university.

The choice of course was generally unproblematic, you got the professor’s signature in the first lecture and went to the coordinator for Econ, who then decided whether you could take the course. I got all the courses I wanted.
I can’t say anything about the extension courses, I never considered taking one of them. Check anycountyprivateschools to see more reviews from current students.

If you limit yourself to the 12 units that you have to complete for the visa, you have a lot of time for life outside of the university. IV and Downtown Santa Barbara offer a lot in terms of party technology. As soon as you get used to the fact that you pay a lot more for bad beer than in Germany, the party scene is one of the best I’ve ever experienced. The house parties on Del Playa are legendary and you can actually spend the afternoons playing drinking games 7 days a week. You can also party pretty well in LA, the best bars & clubs can be found when you get to know people from the area (there are enough of them at UCSB).

Aside from the party scene, there is also a lot to see in tourism on the west coast. In California you should definitely go to San Francisco (preferably via Highway 1, beautiful road on the coast), visit Yosemite (after Yellowstone, one of the most beautiful national parks in the USA in my opinion), drive through Death Valley and in the Six Flags to LA (if you’re on roller coasters). Otherwise trips to Las Vegas in Nevada and to the Grand Canyon and Bryce Canyon in Arizona are worthwhile. With a little more time, you can also see Zion National Park in Utah.

A quarter at UCSB is quite expensive, but worth three times every penny in my opinion. The biggest items are tuition ($ 250 per unit) and housing (I would calculate at least $ 700 per month). Groceries are also generally much more expensive than in Germany.

On the other hand, electrical appliances and clothing are much cheaper than in Germany. Here, however, note the duty-free limit (€ 430 per person) everything above that must be reported on the return journey and 19% VAT must be paid on it.

In total, you should expect at least € 10,000, depending on how much you travel and how you live in terms of spending, but it can easily double. But as mentioned, the experience is priceless. 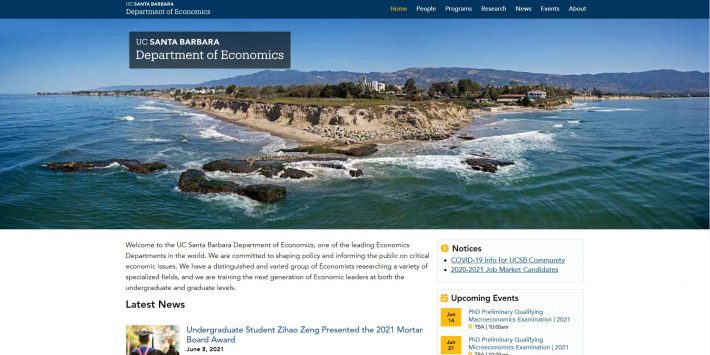