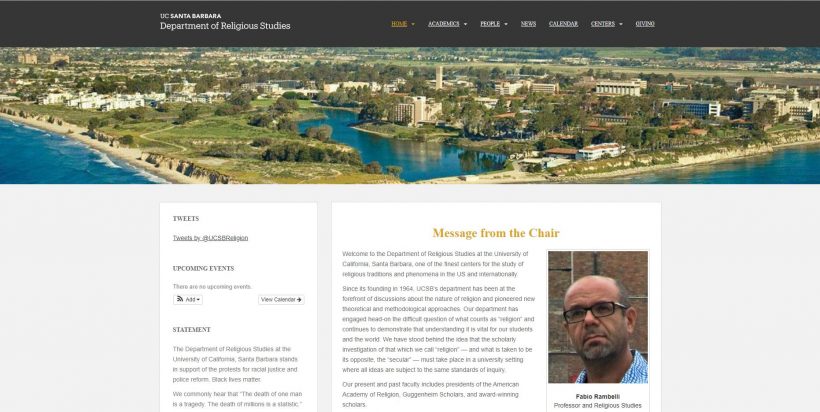 The UCSB is one of the top universities in California . Nowhere is the motto “work hard, play hard” lived better than there. You have to crash the courses on site , ie you have to go to the lecturers and ask if they will let you into the course. Since most lecturers do not know that extension students should be admitted last (they have the last priority to come into the course, since the actual UCSB students have priority), the probability of getting the course of their choice increases . If you are also flexible in your choice of course / wishes, then you will certainly find a course that you like. It is important to talk to the lecturers and persistently attend the first few hours and ideally sit in the front row. Even if you don’t necessarily get the courses you wanted, you can actually take any course as long as you have the appropriate prerequisites . At Communication it was quite easy, but you should note that not all courses are offered in every quarter. So before you hesitate, better prove it. The lecturers are super nice and really motivated , they live their subject and the teaching assistants are always there for you. You should definitely use the Office Hours. You can get good grades quite easily achieve if you constantly learn. The effort is significantly higher than in Germany, you always have something to do, but it is also easier. I’ve attached a few photos: I don’t have to say more than: What more could you want than sun and a university right on the beach and the sea? Check toppharmacyschools to see more reviews from current students.

I consciously took different communication courses than in Germany. For example, I took law courses and non-verbal communication because that doesn’t exist in Munich. The courses were very exciting and lively and you really learned something. However, there was already a lot to read.

With the dream location and a view of the sea from the 8th floor of the library, concentration is quite difficult. As mentioned above, there is a lot to do, but it is easier than in Germany. What I didn’t like is the fact that extension students had fewer rights than normal UCSB students (that’s a problem they have been struggling with for a long time because the extension program belongs to a separate department and not to the actual UCSB is). That means, for example, you come in last at courses, have to pay extra for gym and lib, are not allowed to go to the UCSB concerts and have a different ID.

I have put leisure and fun into one point here, since it is the same in IV. If you don’t give at least 5 stars here, you haven’t really lived in Isla Vista . UCSB is considered to be one of THE party universities. Nowhere are better parties celebrated than there. But apart from parties, Santa Barbara of course also offers beach and sea (which can contain oil). There you can surf or kayak. Big cities and great national parks are not far away . There are also numerous sports options . For example, I played ice hockey there for the UCSB hockey team. 24,000 students in one place – just pure madness. The parties are ended by the police at midnight. Downtown is only around 3 a.m.

Start looking for an apartment early enough . The best way to do this is through the Facebook group: UCSB Housing. One of your friends must be in the group for you to be accepted. Expect the Americans either not to answer at all, only sporadically, or at first very often and then suddenly not to answer any more. If you have found a good offer, try to organize a Skype call and most of the time you are only sure of the “spot” once you have paid a deposit . There are actually almost only double rooms (a single room is priceless). You also have to calculate with a MINIMUM of 500 € for a double room. But that is also part of the experience . At first I thought to myself: I’ll never do that, butin the end it was totally okay and actually really cool . But be aware that most of the apartments are really dirty and, in my opinion, it is difficult to make real friendships with the Americans.

We have a family contract (at least 4 people) with T-Mobile (6GB, Netflix, Spotify and YouTube did not use any MB and you could use the Internet on several devices, flat SMS & telephony, for around € 40 per month per person … were to 5.). It is really recommended and is also possible in Mexico. You can hardly find anything cheaper. I would definitely get a contract because you just need the cell phone. By the way, everything runs there via snapchat or iMessage. Most of them don’t know WhatsApp.

I made an account at Deutsche Bank. In the USA I then opened an account with Bank of America. With the German card I could then withdraw dollars free of charge and deposit at any Bank of America ATM. (Take your passport with you to open the account). That’s how I paid my rent.

So I wouldn’t buy one, because there are always some that take you to go shopping, etc. Alamo rental cars are recommended for road trips (although the driver must be at least 25 or even 26).

As is well known, everything beautiful in the world costs money. And Isla Vista is very, very expensive. You have to expect that for a small purchase (preferably at Trader’s Joe or Albertsons – not directly in IV, because it is cheaper there) you will get rid of 50-100 $.