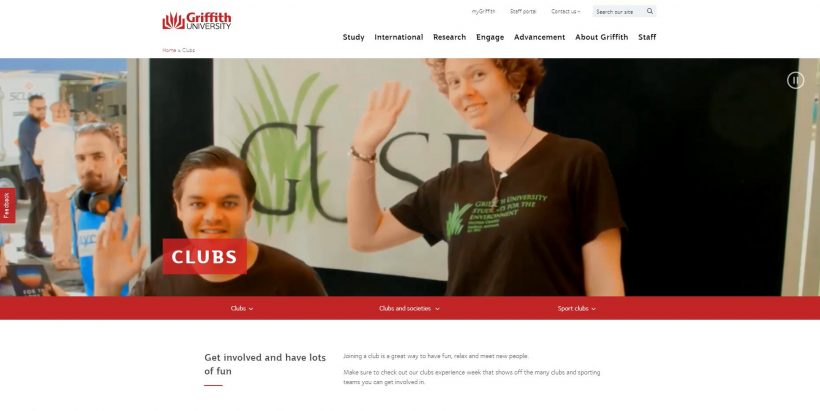 I am currently studying International Business at the European Management School in Mainz and for my semester abroad I was drawn to Australia, more precisely to Brisbane at Griffith University. After it was clear at the beginning of the year where I was headed, the application process via MicroEDU followed, which went smoothly and without problems thanks to the great and reliable support. This enabled me to take care of details such as visas, flights and accommodation at an early stage, which was very convenient for me in terms of time and the simultaneous stress at the university.

I had arranged my flight in such a way that I arrived in Brisbane during the ” Uni Orientation Week ” and thus had a few days to find my way around a little before the start of university. During the orientation week I got to know the first international and exchange students as well as other students and also had the opportunity to get a first impression of the area at events such as a campus tour or a city tour. A visit to an information session for international students was also finally on the program, where you got an overview from AZ and topics such as grade conversion, English skillsor contact persons have been addressed. The events and information sessions were very helpful, but I missed other events to get to know international students better and to exchange ideas. At the end of the O-Week, the first highlight of my time in Australia was due, as it was a weekend trip to Byron Bay for all international studentsgave. Because I had unfortunately failed to register for the first trip, I booked the trip a week later and had the pleasure of spending a great weekend with a total of 20 people at one of the must-see spots in Australia. Since you also have the chance to get to know students from the campus on the Gold Coast (Griffith University has 5 campuses in total) and you can make further contacts and acquaintances, this trip is highly recommended.

Life on campus & in Brisbane

Even before I left, I informed and looked for possible accommodation in Brisbane, both in the city and near the university. In the end, I decided quickly to move into one of the “flats” on campus, because on the one hand it was easy to get to the university premises (5 minutes’ walk) and the monthly rent was quite manageable was (around 470 euros per month). My flat consisted of a kitchen, a bathroom and a common living room, which I shared with 5 other roommates. Each roommate had his own bedroom, consisting of a bed, a desk, cupboards and shelves. Although I felt very enclosed, especially at the beginning, as there wasn’t really much space, in the end you spend most of the time outside your room, which made things only half as bad. As far as the catering was concerned, I opted for the “self-catering” option and therefore did my errands and purchases myself every week (mostly at Aldi in the Garden City Mall, 10-15 minutes by bus). The apartment was kept clean, as each roommate had different cleaning tasks, which varied from week to week and were checked by the university’s cleaning staff. Anyone who did not do their job properly received a warning and, in the worst case, a fine of AUD 150. Nevertheless, I did not regret the decision at all, as it was always relaxed in our apartment and I also had the opportunity to come into contact with Australian students who integrated me (like the “Aussies” are) from day one. In the end, however, everyone has to decide for themselves what is important to them when it comes to living, especially when it comes to the location and the people around them.

There was always something going on at the Nathan Campus itself, the university’s second largest campus with around 13,000 students. Almost every week there were food events or special giveaways with so-called “food trucks” where you could get a good lunch for little money. The whole thing was mostly supported by the Student Representative Council (SRC), which offered everything from coffee vouchers to competitions. If you were in the mood for something different, the cafes and restaurants (from Indian to Italian) on campus offered a good alternative to relax in the sun and chat with friends. There was also a post office, a pharmacy, a huge library and the on campus”Unibar” popular with students, with a party every Tuesday evening (unfortunately only until 12 o’clock due to Australian law). The university also had a lot to offer for sports enthusiasts. We particularly recommend the “Social Sport Leagues” on offer, where you can register for sports such as football, basketball or volleyball and then compete with your team against other teams. All sports facilities were also in top condition and the Nathan fitness studio was equipped with everything to train in ideal conditions.

Just like the university campus, Brisbane is a very manageable and at the same time worth seeing city. It takes 20-25 minutes by bus from the university to the city, depending on the bus route and traffic situation. Although it is also advisable to take Uber or a taxi, you are unfortunately dependent on the bus for public transport in Brisbane, which is very affordable for students (get a Go Card at the Post Office and request the “Students concession”). The city center, including the famous “Queen Street”, is great for shopping or dining and you can walk to almost everything. The many museums and art exhibitions are also worth seeing, the Brisbane River, which is great for relaxing with friends on the bank, as well as the well-known suburb “Southbank”, which due to its location offers a great view of the city (especially at night). Most of the nightlife in Brisbane takes place in “Fortitude Valley”, a district that consists of all bars and clubs. The drinks, like everything else in Australia, are very expensive, but you should definitely experience the Australian way of partying.

In total, I took 4 courses at Griffith University, which I had to enroll for before I even arrived. As I specialize in marketing during my business administration studies, I took 2 marketing courses (sports and retail & sales marketing), a management course (project management) and, last but not least, an advanced Spanish course in order not to completely lose my foreign language skills. In every course (except Spanish) I had a lecture as well as a tutorial or a workshop every week, in which the course content was applied and deepened. With 4 courses, however, the schedule is quite manageable and not really full, which is why you have a lot of free time (especially at the beginning of the semester). The material was taught by very good and experienced professors who were available for all problems and questions outside of their studies. The tutorials, on the other hand (taught by students or graduates) were, in my opinion, very superfluous, as there was hardly any attendance and one hour of teaching time was not exactly productive. The examination performances consisted of several individual and group performances, so that the grade did not only depend on one written exam. For example, in Project Management I had to write two individual essays (50% of the grade), which together with another group project ultimately formed the final grade. Due to this regulation, you always have something to do during the semester, be it group work or the preparation for a “mid-term” exam, which I personally found very good to keep the chance to confirm your performance over the semester (unlike in Germany for a written exam / term paper).

Unfortunately, after the end of my exams, I had no more time to travel because of my internship, but if there is enough time and of course the necessary money, this opportunity should not be missed because Australia really has a lot to offer. Fortunately, my schedule still allowed me to go on one or two short trips, mostly from Friday to Sunday evening or, if necessary, until Monday. The places I visited included Byron Bay, the Sunshine Coast (including Noosa Heads and the super beautiful beaches Rainbow and Coolum Beach – well worth seeing), the Gold Coast (including Burleigh Heads) and finally Melbourne, a city that I immediately liked and that you should definitely see (domestic flights are generally very cheap in Australia, especially with Jet Star or Virgin Australia waiting for offers!). I also visited a few places around Brisbane, of which I will particularly remember the Lone Pine Koala Sanctuary and the Australian Zoo, as the typical Australian animals and their nature are just nice to look at.

All in all, I really enjoyed my semester abroad and it was definitely the right decision to go to Brisbane. Griffith University is a top address, especially in the business area, and you can learn a lot or take away from some of the courses. Although it may be a little easier to achieve a good final grade compared to Germany due to the division of the exams, this can be practical as well as group-oriented work can also be very helpful, especially when it comes to working with people from other countries. In retrospect, the Nathan Campus may not be the first address for international students, as most are drawn to the Gold Coast. Despite this, you get to know international students in Brisbane and you also have the chance to come into contact with the Australians. For this reason I can only recommend going to university events where the majority of the Australians are there, which is why I took part in the “Winter Ball” and Griffith University in the “Australian University Games”represented in futsal. Overall, Brisbane is a beautiful city (albeit smaller than Melbourne or Sydney) and you get a lot to see. One last tip: Try to enjoy the time, even if the studies are exhausting in certain places and you can’t get out, because I had to find out again how damn fast my semester abroad was over. 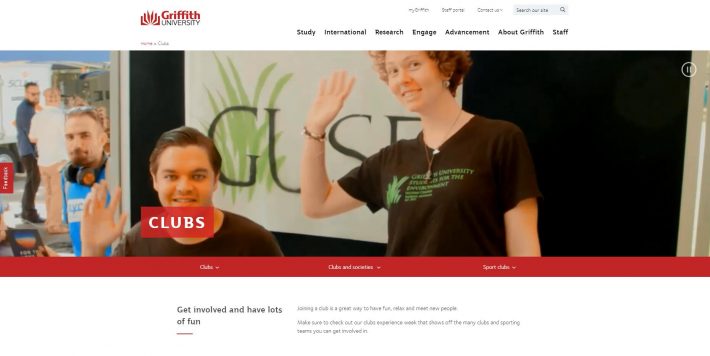