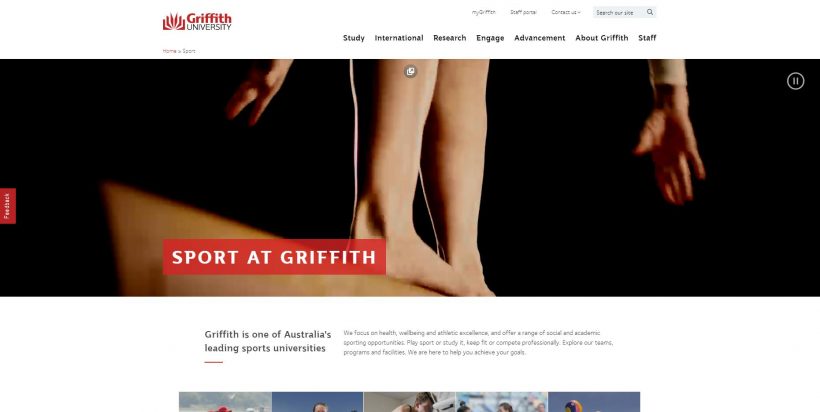 The purpose of this report is to prepare you a little better for your semester abroad at Griffith University.

Brisbane has around 1.7 million inhabitants – at first glance that sounds almost like a cosmopolitan city, but in reality only the geographic extent is really large. This is due to the fact that almost all houses are only one story (and are mostly built on stilts – typical “Queenslanders”). Late in the evening and at night, the city seems relatively deserted and cannot be compared with cities that are similar in size, but that does not mean that you get bored in Brisbane.

The weather at the beginning of the semester was very hot (30 degrees and more) due to the late summer, but from April it got significantly cooler. You get used to the high humidity quite quickly, but when you come out of the Bavarian winter (almost 50 degrees temperature difference!) You feel a bit strange at first. Rain falls occasionally in summer, in winter it can get relatively cool in the morning (6 degrees was the coldest thing I’ve experienced in Brisbane), but it hardly rains at all and the sun is still warm enough at 19-24 degrees. Important: Most houses / apartments only have air conditioning, no heating! It is therefore advisable to take jackets, thick sweaters and long trousers with you, although admittedly I didn’t wear shorts for the first time at the end of June.

Griffith University (also often called GU) consists of five campuses, three of which are in the city area (Mount Gravatt, Southbank and Nathan). Since I am doing my semester abroad at the Nathan Campus, I will only report on this one. It is about 14km outside the CBD / city center and is built in the middle of the Toohey Forest bushland. Since I study at a small university in Germany, I was initially impressed by the size of the Nathan Campus and had to find my way around the site plan. The 4,000 university employees ensure an almost perfect organization, in addition, everything you need can be found on site: post office, hairdresser, stationery, bookstore, travel agency and several cafes and snack bars. There is no cafeteria as we know it from Germany, so I had to choose the option from a variety of catering options: I liked the coffee and pizza from the new Café Rosso best and if it had to be quick there were burgers, fries and the 1 dollar Pepsi trending.

In general, the campus is modern despite the fact that it was built in the 70s and the buildings look accordingly (concrete structures). Some of the computer rooms are open until midnight and WiFi is available almost everywhere. You have to buy printer credit yourself, a page costs 10 cents. Otherwise, every second Thursday is “Market Day”, where you can buy clothes and jewelry as well as things like Siamese fighting fish.

Study at the Nathan Campus

In this section I would like to say a few words about the courses I have completed and about the study in general. Since I have already completed all compulsory subjects in Germany, I only attended subjects at Griffith that I counted as electives. In general, I would set the level a little below that in Germany, since you can get help in the form of instructions or workshops with almost everything. Anyone who has already written a seminar paper or a large term paper at home should not have any major problems with the “assignments” (more than that later) (except for the English language). Contact with professors and other lecturers is a bit more informal than you are used to, you address each other by first name and there is generally a more relaxed atmosphere.Each of the professors has fixed office hours or an open ear for the students’ concerns. With the student visa you can take between three and five subjects, I have decided on three courses (minimum “work load”):

Management Concepts is a course for freshmen that deals with the basics of business administration with a focus on Asia-Pacific. Professor Peter Woods has already received several awards, all in all a very recommendable course. The other two courses are part of the Sport Management Degree, if you have any questions, please send me an email. Here, too, the conclusion is recommended.

Each course consists of a lecture (100 minutes) and a tutorial (50 minutes). In one of the two, attendance is usually checked, for which there are sometimes points that are then taken into account in the final grade. Speaking of grades: It is not very easy to get good or very good grades. In contrast to my home university, the final grade is not formed from the performance in the final examination but from several parts: Assignments (work to be submitted between 1,000 and 2,000 words), mid-semester and final exams (intermediate and final exams) as well as the presence or Participation in the tutorials. Overall, this system has the advantage that you are not only graded for a large exam but also the disadvantage that you have to do a lot during the semester, especially at times when the deadlines for assignments and intermediate exams are close together. Overall, you can say that everything is possible if you attend the lectures and work hard.

Living and living in Brisbane

Here, too, a few words in advance: Unfortunately, I can’t give you any tips on looking for an apartment, etc., because I was lucky that my girlfriend did an internship in Brisbane at the same time, where the accommodation was included for both of us. It is only helpful if you live near the bus route (unless you buy or own a car) so that you can get to the university or the city quickly. The Busway is a kind of expressway for the buses of Translink, the operator of public transport in South East Queensland (www.translink.com.au, very useful: the journey planner). Griffith Uni has its own bus stop on the busway, from where you can use the (free) service of the intercampus bus, which runs every 15 or 30 minutes in the evening between the Nathan campus and the Mount Gravatt campus. In general, you should stand at the bus stop five minutes from the official departure time or expect to have to wait five minutes longer, as the buses sometimes run over long distances and thus delays or prematures can occur. At first it is a bit difficult to find your way around, as some of the stops have no names but just numbers, but the bus drivers are usually friendly and happy to help.

As a student, you travel cheaper with the GoCard, which means that after you have picked up your Student ID you should get a GoCard (available in the post office on campus and in various kiosks or magazine stores). In the low-traffic off-peak times (9 a.m. – 3.30 p.m. and from 7 p.m. during the week as well as all day on weekends and public holidays) the fares are even cheaper, for example a train ride from Brisbane city center to Surfers Paradise on the Gold Coast on a Sunday costs just 4 Dollar. Almost even better is the fact that after the tenth trip you can drive for free within a week, i.e. if you go to university and back every day from Monday to Friday, you can drive for free the whole weekend. 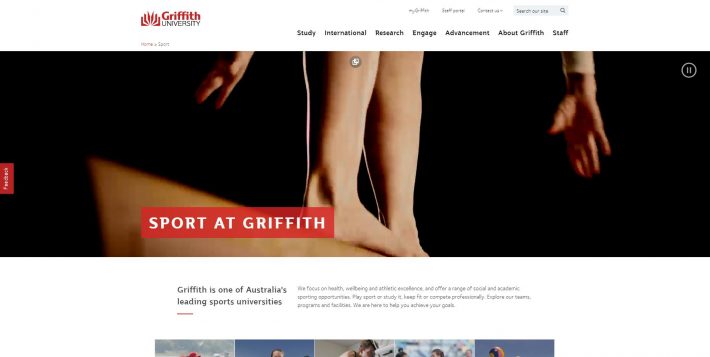