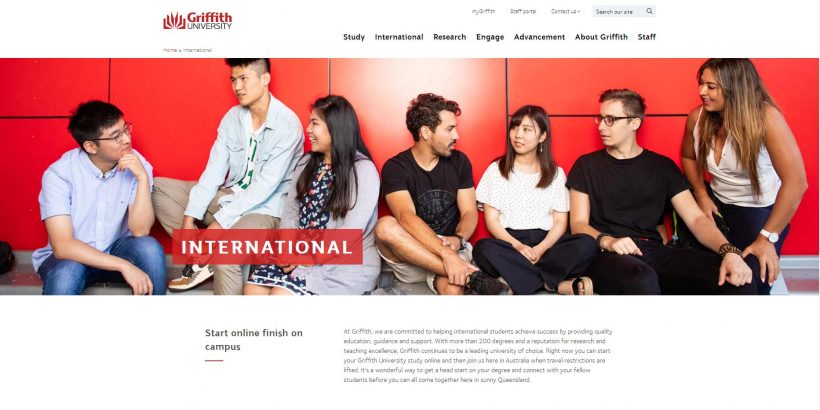 I was at Griffith University Brisbane from October 2017-March 2018 (trimester 3) via MicroEDU. MicroEDU was a great help organizing this. The process went really smoothly. After the university only switched the study terms from semester to trimester in 2017, Griffith University’s first trimester was from October to February. Trimester 3 is basically the “quietest” trimester. Most Australians spend Christmas at home, so the campus was very empty. The range of courses was shortened accordingly (although there was still a large selection of suitable courses). You should also keep in mind that around Christmas it can get really warm in Brisbane. So if you want to have more contact with Australians and can’t cope with the heat so well, I recommend trimester 1 and 2.

Like many Australian universities, Griffith University is very international.

I took the subjects Corporate Finance, Entrepreneurship and Human Resource Management. Corporate finance is super easy, well below the German level. Entrepreneurship very time-consuming (many essays). Human Resource Management has a normal level and is presented well. Basically, the Australian study system is time consuming. So you always have something to do, but the requirements are not really high.

The Nathan Campus is a bit outside of Brisbane, but is relatively well connected (Express Bus 25 minutes to City Center). You can find restaurants, grocery stores, and even a fitness center on campus. If you get lost once or twice, you can find your way there very well. Basically, the campus is very cozy. There are also regular events organized by the university on campus (especially in trimesters 1 and 2) and also many food and drink vouchers (coffee vouchers even daily if you pretend to be a postgraduate), so that you can save yourself a lot of money (which is really useful in an expensive country like Australia). There is also a large shopping mall near the campus (Westfield Garden Center).

There are three options (looking for a room, living with a family, campus dormitory). After I was rather lazy and didn’t want to look for an apartment myself, I decided on the campus. In retrospect, it was rather a bad decision. There are very nice and central apartments / rooms in the city(especially for trimester 3). The dorm is really old and could use some renovation AND there is no air conditioning. Doesn’t sound too bad at first. Anyone who has been to Brisbane over Christmas knows what that means (many sleepless nights). Which is of course practical, you really don’t have to go far. The city is also quite easy to reach (if necessary via Uber). But as I said, the dormitory is really finished and a glowing furnace in winter. My clear recommendation, at least for trimester 3, is to find an apartment, it’s super easy and not more expensive.

During my time in Australia, I was also in Sydney and Melbourne. Compared to these cities, I (subjectively) think Brisbane is the best. Not because Brisbane is the most beautiful city on earth, but because it is a very cozy city. Compared to Sydney (which definitely has more sights) and Melbourne (a lot of culture), Brisbane was simply the most likeable to me. But one thing has to be aware of, Brisbane is located in the tropical climate zone of Australia, i.e. the summer is very warm and humid, the winters are mild (pleasant). The city also has a lot to do with businesses (e.g. street food on weekends), events in the Roma Park (public cinema…) and if you just don’t want to do anything, it’s super easy to go to the Gold Coast for swimming (approx. 1 hour by train). There are also many national parks nearby, where you can go hiking very well (e.g. Springbrook National Park, by the way, the jungle camp is filmed here). Griffith University is known to have multiple locations. One on the Gold Coast too. The Gold Coast is very touristy. The city as such is not particularly beautiful, but it has very nice beaches and is known for its nightlife. If you want to party and really want to go to the beach every day, I think the Gold Coast is better off. If you want a little more peace and quiet, definitely Brisbane.

Actually, I never had the urge to go to Australia. Due to missed application deadlines, I was “forced” to choose a university in Australia. In retrospect, it was a very good decision. Australia is a unique country with fantastic nature, super nice people and great cities and beaches. As already mentioned in the other reports, unfortunately very expensive (although the Euro-Australian dollar exchange rate is moving in the right direction).

In summary, I can recommend Griffith University and Brisbane. However, there are certainly many other good universities in Australia and the other cities are also very beautiful. I can also advise you to come to Australia a little earlier to travel the country a bit. I think you never go wrong with Australia and the support from MicroEDU is really top-notch. 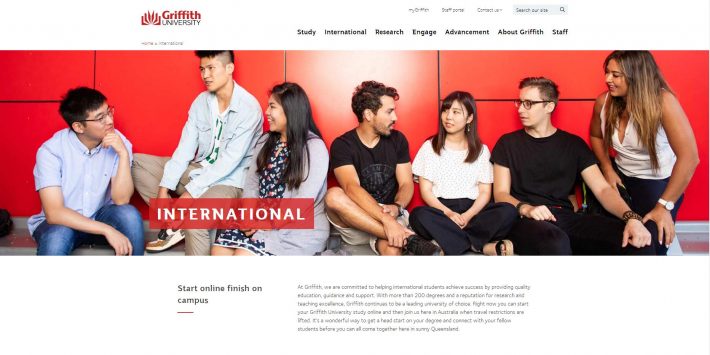