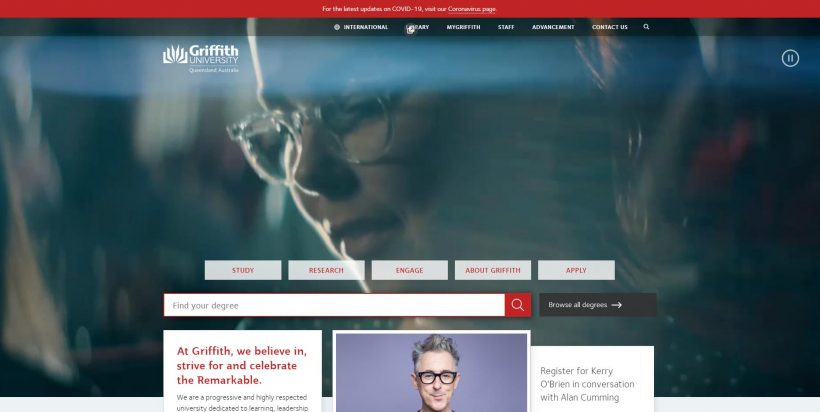 If you are studying a foreign language, a stay abroad in the relevant country should be compulsory. That was also my thought and so I decided to spend a semester abroad at Griffith University in Australia, Brisbane, as part of my English studies. Since I had already got to know and love Australia from a vacation, and had fond memories of Brisbane from then, the choice of the location was easy for me. Choosing the right university, on the other hand, was more difficult, at which I should study for 5 months. After extensive research and MicroEDU experience reports, the decision was finally made in favor of Griffith University, mainly because of the relatively “cheap” tuition fees. Despite all the experience reports and opinions obtained, a certain residual nervousness remained. After all, everyone has to have their own experiences.

The registration process for the courses takes place online and was relatively easy after a short reading. All open questions were answered quickly and reliably thanks to MicroEDU. Unfortunately, the range of courses in English literature in the third year of study (well, maybe an exotic degree;)) was not particularly large, so that I had to choose a two-year course in addition to two third-year courses in order to be considered a full-time student. This is important, among other things, for applying for the Auslandsbafög, because that’s only available to you as a full-time student. Fortunately, one crediting course was enough for me, which is why the limited selection was not a big problem for me. In the end I took “Shakespeare’s Plays” with Prof. Patrick Buckridge, “Reading Fiction” with Prof. Belinda McKay and “The Critic: Arts and Culture” with Prof. David Ellison.

You should take care of the application for the Auslandsbafög in good time. This takes some time and a six-month processing time is the norm. Since my decision to go to university was made relatively late (in March), the student loan application did not find its way to the Auslandsbafög office in Marburg until the end of March. The application is quite complex and takes some time. In addition, documents were requested three times that had never been mentioned before (otherwise I would have sent them all in one go). Through this “bit by bit” processing, it was finally September until I finally got an acceptance. At this point, however, I was already in Australia, which made correspondence with the Bafög office a little more difficult, not least because of the 8th and 9th hour time difference. Therefore, I can only advise everyone to submit the application in good time, and above all if you do not get any Inlandsbafög. I also don’t get any student loans in Germany and I was entitled to a foreign student loan. So be sure to give it a try, because Australia is expensive!

My arrival at the Nathan Campus in mid-July turned out to be difficult at first. Griffith University offers international students a free pick-up service from Brisbane Airport. So far so good. Unfortunately, this service only operates until midnight and then again from 6 a.m. Since I landed at 1 a.m., I had a long 5 hours at Brisbane Airport before a young man picked me up and brought me to Griffith University. However, this restriction only applies to students who live on campus, because the responsible Accommodation Office is not yet open there at this time. Fellow students I met at the airport were picked up by the same pick-up service immediately after landing and driven into the city to a hostel of their choice.

My “flat” on the Nathan campus was a “self-catered flat” that I shared with 6 roommates. As an alternative to the “self-catered” flat rate, there is also the option of a “catered” flat rate, which is just under $ 200 more expensive per week. For my small room, I paid $ 135 a week, which was comparatively cheap compared to the surrounding rooms in the so-called shared houses off campus. Six roommates have to get used to it, especially since the kitchen, living room and bathroom are shared, but everyone has their own, small room that you can make yourself comfortable with enough photos and postcards. It was a little more difficult when it came to cleanliness, because some of my roommates had a slightly different idea than I did.

My Courses at Griffith University have me against it very much. The groups were relatively small, which created a more school atmosphere. In one of my lectures there were only about 10 people, which is a bit of getting used to if you are used to lecture rooms with 200 people or more. In this context, I also really liked the fact that the professors could address each student by name and nothing of the anonymity that prevails in many German universities was noticeable. Many of them let themselves be talked about deadlines and exams and were very helpful, flexible and always happy to answer any questions. The seminar and lecture rooms were clean, bright and all equipped with internet. Unfortunately, a new building was under construction during my time on campus, which is why there was frequent noise and the library could only be reached via a detour.

There are also several food shops and a post office on the Nathan Campus. Of course, things are all a little more expensive there. It is therefore worthwhile to go to the city center or to the nearby “Garden City” shopping center for all kinds of errands. In both directions there are buses every minute from the Nathan Campus and it is a good idea to get a “GO! -Card” (available in the Post Office;)), which you can top up with money (25 $ can be fine) and then simply pulls on a scanner in the bus when getting on and off. It’s quick and cheaper than paying with cash every time. And it’s worth it, because the city is a bit away (15-40 minutes depending on the bus), but worth a visit every time. There are many different markets on the weekend, on which there are nice things and on which you can also get cheap fresh food. In Australia, groceries and all kinds of drugstore items are very expensive.

There are public barbecue grills for free use for everyone and a lagoon that can also be used free of charge. The Australians are very friendly and helpful, the weather is mostly good and there is always something to see on the South Bank in the city. Australia is a wonderful country and there is so much to discover. So plan enough travel time after your studies and be aware that once you are there, studying becomes a minor matter. I can only recommend it to everyone who is thinking about studying in Australia, because let’s be honest: Who wouldn’t want to study in a country where the passengers thank the bus driver and who also replies with a friendly “Take Care!”? 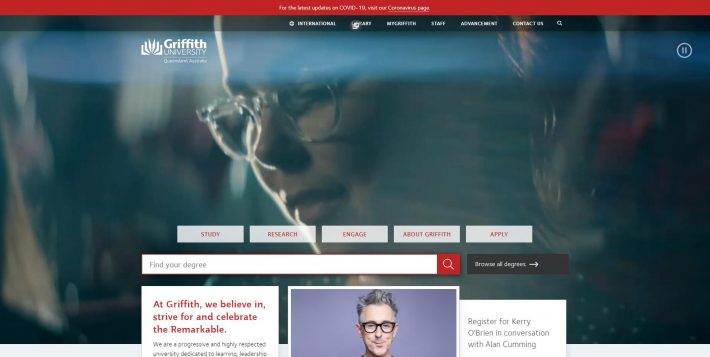